Let’s go back in time to the 1920s. It was an era of the economic boom that made it possible for several sections of the population to finally own a private car; previously, cars were a luxury only the affluent could afford. While this spelled good news for the fast-growing automobile industry, it was a cause of rising concern for big cities that were left clogged, unprepared as they were for the high influx of vehicles. A lack of proper infrastructure meant city roads choked for hours upon hours. Streets designed for horses and buggies were now required to bear the burden of hundreds of cars to and from work each day. They say necessity is the mother of invention. And that is exactly what pushed Carl C. Magee to invent the world’s first parking meter. 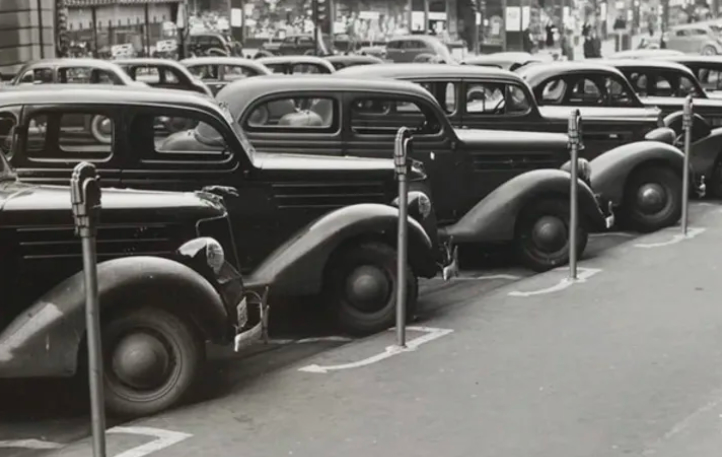 Magee, who resided in Oklahoma City, was an ingenious newspaperman. Like elsewhere in America, the city faced congestion, not because of the increase in the number of vehicles but because of inefficient parking management. Workers would park their vehicles wherever they could find a spot (often in front of stores), which soon turned into a problem for shopkeepers in the city. They started to lose business owing to agitated customers leaving without paying a visit, thanks to inadequate parking spots.

Magee, known for heading the Oklahoma News newspaper, was reportedly approached for help by some merchants. Through the newspaper, he sponsored a contest at the University of Oklahoma, asking the students to design a timing device for allocating each vehicle a fixed duration for parking. The winner of the contest, Gerald A. Hale’s Black Maria, was an improved version of what Magee had created in 1932. Hale and Magee established the Magee-Hale Park-O-Meter Company, thus installing the first meter on the southeast corner of First Street and Robinson Avenue on July 16, 1935.

The world’s first parking meter was a purely mechanical contraption in the early stages, powered by a clock-type mainspring that required periodic winding. It charged a nickel each hour, the devices placed at 20-foot intervals along the parking area.

No wonder that the parking meter soon saw itself at the centre of a controversy. While most people were outraged at the additional tax on vehicle ownership, most had no option but to hunt for that elusive parking spot at metered places. Very soon, it became impossible to find a spot in a non-metered area. Thus began the era of the parking meter.

Soon the idea was catching momentum in major cities, largely because of its success in Oklahoma. Proud of its newfound invention and the extra cash that it generated, the city spread the news like wildfire across the country. By the early 1940s, over 140,000 parking meters were operating across the country. Soon enough, legislation caught up. This meant those who overstayed the parking meter’s allowed duration or didn’t pay for the parking would be fined. This, combined with the additional tax for parking, generated huge revenue for big cities – estimated to be $10 million annually by 1944.

It is only in the 1980s that the parking meter saw some technological advances. The last mechanical meter was replaced in 2006. From a one-sided street of parking meters, the USA has come a long way with 4-5 million parking meters currently operating. Such is the popularity of these devices that despite the agitation and headaches it has caused for countless drivers, it has been captured in the popular imagination through songs like Lovely Rita by the Beatles and smashed to bits in movies like Cool Hand Luke.

He comes from a creative marketing and rich media space. While his expertise lies primarily in Digital Advertisement & Content Strategy, he has in-depth knowledge of Digital Analytics & Social Media Listening tools. Loves to talk about People, Politics, Books, Cooking, Mountains, Technology, Sports.
Tweets by Get My Parking